Back to News & Views

Looking Beyond Lockdown: Will we recognise ourselves? 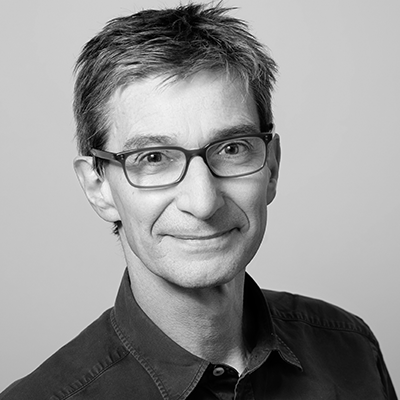 This state of lockdown really seems to have warped our sense of time and perspective. Or at least that’s the way it feels when you see some of the bigger, bolder statements about what the industry will be like after this crisis is over – statements such as “nothing will ever be the same again!”

When we hear dramatic statements like that it's always a good idea to stop and remind ourselves where we were just before all this began.

Life BC – Before Coronavirus

At the start of every year the DPP looks at major industry trends - and indeed we publish a set of predictions. So what were we saying in the dim and distant past of three or four months ago?

We noticed that the global and the local were becoming intertwined. Global businesses now have to have a local presence, while local businesses need to engage 24/7 with global players.

We talked about the fact that software defined, cloud led supply chains, relying upon commodity infrastructure, were starting to become the new means of production. Major media companies were finding that automation gave them the data to better understand their business, which in turn enabled them to think about efficiency as never before.

And finally, many companies were talking to us about the importance of business values: their position on diversity, accessibility, and environmental sustainability really mattered. So did the quality of their customer awareness and engagement. This had become just as true in business to business relationships as business to consumer.

So, those were some of the trends we were discussing when we were suddenly hit by this terrible trauma. They are worth holding in mind as we look ahead and try to predict the key themes that will characterise how we run the media factory when we get back to a more familiar way of working. I can see five such themes.

No company is saying they're going to come back from this quite the same. Everyone is talking about changing their business. And at the heart of those changes will be the need to ensure that if something like this - or something even worse - happens again, they'll be able to deal with it even better next time.

The aim is to be sure there's as little human intervention in operations as possible. That's because in this kind of crisis you need your business as far as possible to run itself. That’s the inevitable conclusion when you shift your thinking about business continuity away from a model that assumes interruption to one that assumes cessation - at least in regard to buildings and people.

Pretty much every company is going to emerge from this experience with financial challenges. They will look to reduce costs. That’s going to mean a reduction in physical footprint: they will take advantage of what they've learned about flexible working to reduce their office space.

They will also reduce their headcount – no one wants to say it, but it's true. And that could mean that even though it's been a tough time for freelancers, the proportion of people on temporary contacts could actually increase.

Companies will think differently about risk, and that will mean the way they go into procurements will be tough-minded: they will be looking for suppliers which are financially stable, and which don’t have single points of failure.

All this could actually be good news for any supplier that already has a strategic relationship with a customer. They'll have a survivors’ bond: if they've worked together through this, they will have a very intimate alliance. But that could also make it tough for new players to break through.

3. Resistance will be futile.

Over the last few weeks, many companies have succeeded in implementing changes that have been resisted for years. So as they now re-architect themselves, they're going to see it as an opportunity to push through a lot of cultural change. They will use this moment to enable more automation, more flexible and remote working, and to reduce their fixed headcount.

In some respects this may feel quite brutal. But it will also feel dynamic, focused and forward thinking.

We will see the leadership of companies being refreshed: people who led well in this crisis are going to thrive after it. We’ll also see another kind of survivors’ bond – one within companies. Some very strong internal company cultures will emerge that will help deliver more effectively after the pandemic.

Over the months ahead we'll go through a kind of truth test. We're experiencing it as consumers, but we’ll also experience it in business. We will remember who dealt well with us through the crisis – and who dealt with us badly. And there will be consequences. Companies that were empathetic and thoughtful will be rewarded; those that were tone deaf, or appeared to be ambulance-chasers, will suffer.

Similarly we should standby for some frankly unimaginative organisations who will declare blanket, and perhaps quite puritanical, changes that seek to keep people apart – rooted as much in cost avoidance and simplicity as health protection.

But equally I predict there'll be a number of companies, big and small, who are bold enough not to get obsessed with something called the ‘new normal’, but to help define what our new norms need to be.

These companies will identify that the shift to flexible working will mean we will actually need more intimate working space, to enable collaboration when we do bring people together into office spaces.

They will also be confident about when their people should travel around the world on an aeroplane and when they shouldn't. They’ll be intelligent about when we should work virtually or when we need to be side by side. They will have really learned from the experience of their employees working through lockdown: they will have seen who thrived and who struggled. It’s going to make them much more open to new and diverse styles of working. That could give us vibrant new working cultures in the years ahead.

When you get major cultural upheaval, it is always followed by creative vibrancy. Although production companies will emerge from this to find that budgets are tighter than ever, they'll also use that lack of money to be ingenious - because that’s what they always do.

We will see greater use of the tools producers had to turn to in making content during lockdown - such as graphics, animation and stock footage. We'll see an explosion in virtual production – the use of real time game engines to create photorealistic backgrounds to control shooting, do less on location and more in studio. There'll also be a huge amount of attention devoted to building content inventory by digitising archives, and making sure they're accessible and can be monetized.

It’s going to be a really great time for production companies and for those suppliers who work closely with them.

But if you look just at the everyday themes of how we actually run the media production line day to day, you'll notice that the themes we were discussing at the beginning of this year are going to be the themes that carry through after the Coronavirus. Will we recognise ourselves? We absolutely will. All those themes about the meeting of the local and the global; 24/7 access; fully digital supply chains; new customer and supplier relationships; business values - they're all going to be very present.

As somebody once said, the future is just like the present, only more so. And that’s true in this instance because we're going to pursue the same themes, but with a sense of jeopardy. It won't just be a matter of choice; we're going to have to do these things if we're going to be really successful.

So in designing for disaster, we're going to be designing for success. It's going to feel very focused, and very tough. But why were we talking about all those trends three or four months ago? We were doing it because so many companies actually wanted them to happen, and were ready for them. And those companies are the ones that are now going to thrive.

This blog is based on a keynote Mark gave at Dalet’s Executive Briefing, 13 May 2020. The DPP is very grateful to Dalet for the opportunity to share these thoughts.

You can watch the video of Mark's keynote here.

As an industry, there’s so much we can learn from each other to enable mutual success in the years ahead. That’s why the DPP is embarking on a groundbreaking new strand of insight, based on original research with our member companies, called Design for Tomorrow. Over the coming months we’ll curate seven discussions around specific aspects of many of the topics touched on here. Each will result in a special report and an online briefing event. We can’t wait to share it with you.

If your company is not a DPP member, you can learn more about the benefits of membership, or contact Rowan to discuss joining.

If your company is not a DPP member, you can learn more about the benefits of membership, or contact Rowan to discuss joining.

This report explores how some major content companies have adopted software defined, cloud led supply chains - and asks what this approach could mean for the media industry more widely. It features discussions with a number of senior executives who have been directly engaged with supply chain modernisation from organisations such as: Walt Disney Television, ViacomCBS, WarnerMedia, A+E Networks, Facebook, Global Eagle, ATP Media, UKTV, and ITV.